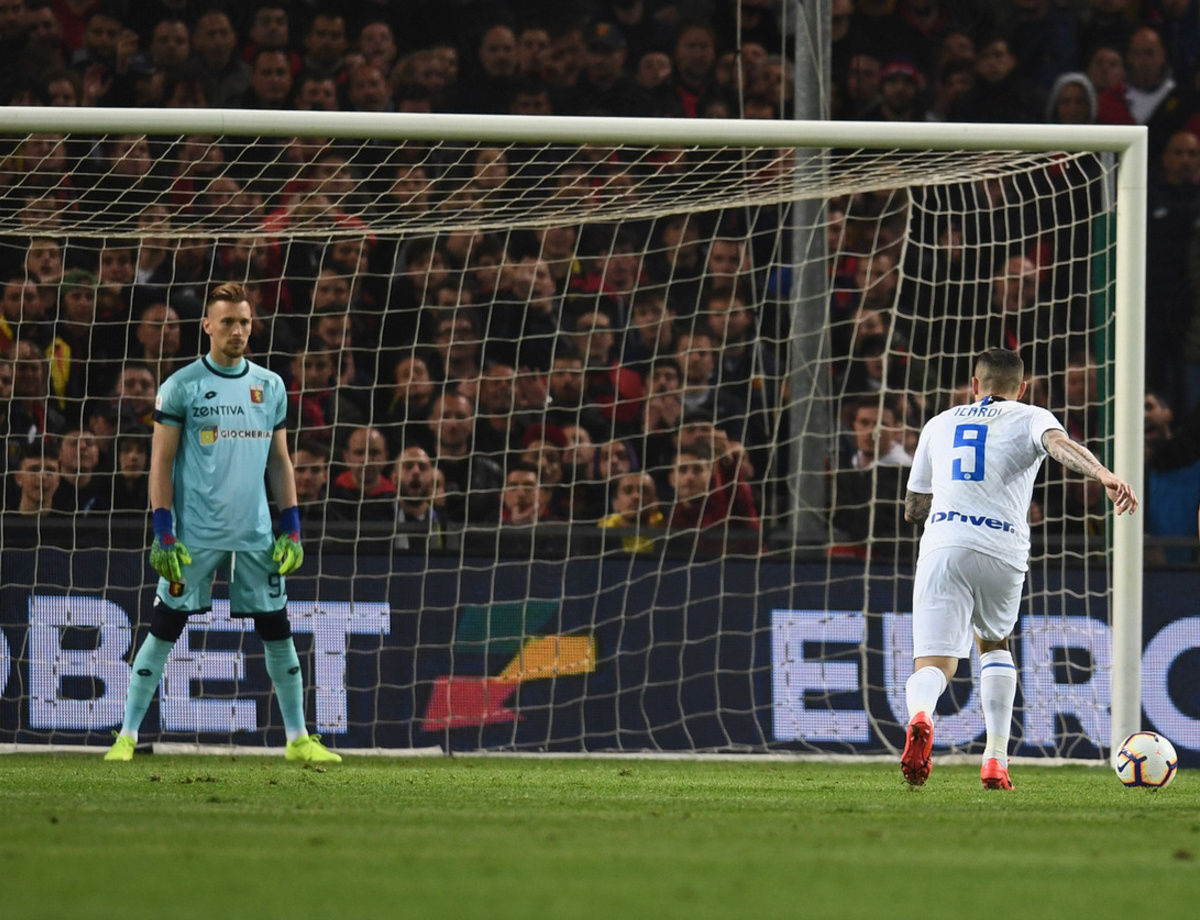 The Nerazzurri striker has drawn level with Vieri on 123 goals

MILAN – There’s been an important development as regards Inter’s all-time top goalscorer list. Following the penalty he scored against Genoa, Mauro Icardi has now matched Christian Vieri’s tally of 123 goals and sits level with the former Italian striker in eighth place. This is a big achievement and provides a great opportunity to remind ourselves of the players who are in the top 10. In first place is Giuseppe Meazza, who scored 284 goals in 408 matches in an Inter shirt – an average of 0.7 goals per game. Alessandro "Spillo" Altobelli is second on the list with 209 goals from 466 games, while Roberto Boninsegna is third after scoring 171 times in 281 appearances. These numbers are incredible, also when goal averages are considered. Luigi Cevenini III, who scored 158 goals in 190 games, is the player with the highest average – 0.83 goals per game.

As regards Icardi, he’s scored 123 times in 211 appearances for the Nerazzurri, an average of 0.58 goals per game. He’s equalled Vieri’s tally (123 goals in 190 games) and is only ten away from joining Istvan Nyers in seventh place on 133.

Next
An afternoon session in groups

An update on Stefano Sensi's condition

Conte: "Shakhtar are a strong side, but we have the qualities to do well"

Lautaro: “The aim is to take Inter as high as possible”

From Milan to Kyiv: the Nerazzurri's day